Forget not the mountains summited while seeing the rivers before you 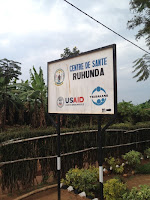 What a day! It is easy to get wrapped up in the rush of it all and look ahead at the “Rivers” still needing to be crossed and not take a minute to turn around and look at the “Mountains” summited and the efforts put in by the teams. 11 September is a day remembered for a great tragedy in the US – something not to be taken lightly. Today 11 September gains an additional memory for me; today marks the beginning of the Roll-out of the RHEA work to the Health Centres. We understand that the roll-out is a process and some may debate as to when it “started” or when it is “done”. But today marked the Jembi Health Systems Rwanda team setting out to Ruhunda with the goal of beginning the implementation process (setting up of the software). A step towards a system that will be used to treat and monitor patients! While it will not be tied into the HIE today (we did say it was a process and testing is key) today is the day we have gone out to make a difference and leave a system with a change! Near countless man-hours and calls and meetings, years of work, addition of team members, change of technologies – are just but a few obstacles that the team (entire RHEA team) have crossed to stand at the banks of our next “river” (implementation) and begin the “building of our bridge” to bring us closer to the summit of the next mountain!
± 6 months ago (March 2012) sitting in Kigali, Rwanda the technical direction of the RHEA project changed; away from a single stack enterprise solution to a service orientated and bus architecture designed to be built on open source technologies. At that stage we have 1 and I’d venture 2 halves of our 6 piece architecture (excluding the PoC) up and running. Today 6 months later we see ourselves beginning the installation process of the software | services at the national data centre (NDC) in Rwanda! Now we know that the tools aren’t without fault or limitations and we expect them to continue to evolve and grow as they start to come into daily use, but what a period! Credit goes to all teams who “put shoulder to the wheel” to move this forward and a listing of solutions and those involved can be found on our project site (http://rhea.jembi.org)
Coming back; today we have visited and worked at Ruhunda Health Centre, installing the Point of Care components the RHEA team have developed over the past 6 months. Quite a milestone and the first milestone of the Implementation and ongoing roll-out of the system. There is something eerie about being in a rural health centre and interacting with rack mounting servers and all-in-on PCs. They seem to be more at home / comfortable in a corporate setting rather than placed on a wooden table sharing a room with a hand basin. Yet there is a sense of “norm” or “right” that you get as one is privileged enough to see the solution unfold. Take a few minutes to remove yourself from the pre-assumptions around how this technology should be deployed and look the “heart” … it’s here to perform a service and that is what it will do. Yes there is good reason to have the machines correctly mounted in server cases in temperature controlled environments and to have the infrastructure tested and tuned before installing a new application, but honestly how were the early systems put online? “duct-tape and a garage” is the image that springs to mind. There is definitely something around being “rooted” in the early days of garage hackers that one gets sitting in a health centre with these machines. They are here to work and they will not be stopped because they aren’t mounted or air-conditioned – a real feel towards organic growth of the facility. I think the MoH teams are often overlooked and the efforts they have gone through to ensure that the centre has it’s network infrastructure in place and machines ready is not something to be waved off lightly!
Back to the deployment update; today’s goal was to have the RHEA PoC system deployed and the health centres ready to start capturing the Maternal Care data using the updated PoC tools. This included the installation of the RHEA Modules and new forms. With this we aimed to test the systems ability to connect to and correctly process test data from the RWANDA HIE (Lab version). Ambitious to say so our selves.
We have deployed our forms and spent some time with the IT staff navigating the OpenMRS system. There are some technical challenges with the system being extremely slow and we are investigating this tonight (hopefully – given that we obtain our required data sets). As expected there were a few configuration glitches which the teams are working on and will cycle back to the HC with the updated modules in the next day or so. While attempting to test the connection to the Laboratory HIE was an objective for the day, we were greeted with the lack of connectivity too; it is something we will be addressing as we move forward. There have been a few hiccups with the modules deployment (Personal Attribute in particular) but this is expected and is, surprisingly, working according to plan (the plan of testing the roll-out in the field and ensuring that we can mitigate against challenges as we go).

We also see Wayne and Hannes arriving in Rwanda to work with the JHS-Rwanda (RW) team in the rollout of the HIE and to the designated clinics.